About Pet Stop of Eastern Washington

Brad Ulrich has been a dog lover his entire life and dogs sense his genuine affection and desire to help them. His passion for keeping pets safe led him to pursue a career in pet fencing, and his commitment to customer service has resulted in lasting friendships with his clients.

Arri (short for Arrian) is a special breed of dog more commonly found in Europe. He is a Hovawart, which means “farm guard”, and while he can fiercely defend his flock of chickens, he is a big snuggler and gives his cats and humans big kisses.

Kody– After years as a dog person, a cat named Kody decided to make Brad his human, and completely won him over. Kody can frequently be seen riding around on Brad’s shoulders, and Brad has trained him to come when called and sit on command (a little catnip is very persuasive!)

Brad knows that your special dog or cat is like family, and he works with each animal to develop a training program that is gentle yet effective. He looks forward to meeting you and your furry friends and giving them the freedom of safe boundaries and giving you peace of mind. 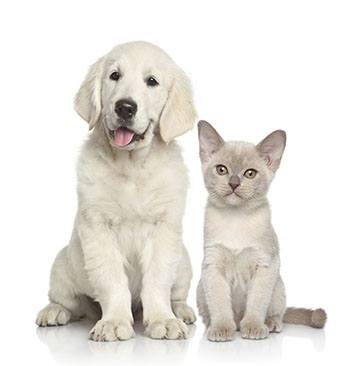